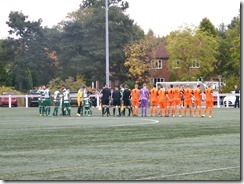 West Allotment Celtic Football Club is a football club who currently play their home games at Druid Park, Woolsington in Newcastle Upon Tyne. They joined the Northern Alliance in 1983 and won the title 8 times before joining the Northern League in 2004. The club then won the Northern League Second Division at the first attempt, gaining promotion to Division One, where they remained until 2010-11 when they were relegated back to Division Two. In 2013-14 they finished 2nd and were Promoted back to division 1 but only lasted till 2016-17 when they finished bottom. 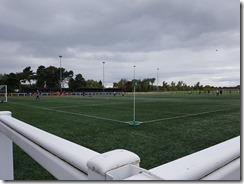 In 2001, the club moved to Whitley Park in Benton after having acted as tenants at Hillheads in Whitley Bay from 1995. Allotment were to stay there until the end of the 2016/17 season, when a major rise in the rent by Northumberland FA priced the facilities beyond the means of the club. Following a frantic period of activity, the club has found another new home, this time at Druid Park in Woolsington, formerly the base of the long defunct Newcastle Blue Star club. So, although the club has moved ever further from West Allotment itself, it has overcome a fraught period when its very existence was at extreme risk; indeed, the club tendered its resignation from the Northern League, so desperate was the situation. The Wheatsheaf as it was formerly known is now a 3g pitch that is used for both Football and Rugby. Located quite close to Newcastle Airport As a result you can see the planes regularly taking off from the airport and there is a metro Station right next to the ground (Callerton Parkway) My Previous visit to watch West Allotment Celtic at Benton had come on the 28th November 2015 ground number 265 as Penrith won 4-0. 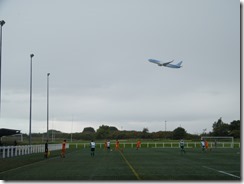 As it’s one of the closest grounds that I’ve not been to I didn’t need to leave home until 1320 arriving for 1435 having travelled quickly across the A69 and up through Ponteland. Parking up inside the ground along side the pitch The game was as comfortable for Allotment as you get. Goals from Oliver Martin, Bruno Mendes- Corriea and an own goal secured a 3-0 win for the North East side. An enjoyable day out if you fancy a spot of Plane spotting,Train spotting and Ground hopping all rolled into one this is the ground for you. 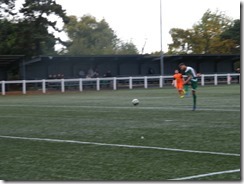 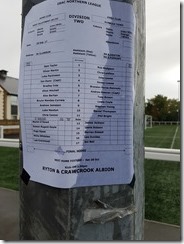 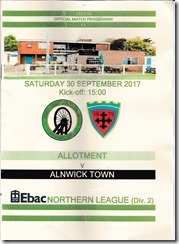