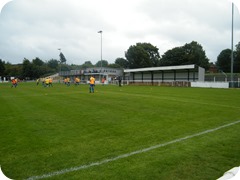 Alsager Town Football Club is a football club, based in Alsager, Cheshire, England. The club are currently members of North West Counties League Division One and play at Wood Park Stadium. Established in 1968, the club joined the Mid-Cheshire League in the 1971–72 season.In 1973 they were renamed Alsager Town, a name they retained until 1985 when they became Alsager United. In 1988 the club reverted to its original name. They finished as runners-up in the Mid-Cheshire League in 1987–88, but left the league at the end of the season as they disbanded. The club reformed in 1989 and joined the Premier Division of the Crewe League. Two years later they moved up to the Mid-Cheshire League in 1991 and were placed in Division Two. After playing in the league for seven seasons, they switched to the Midland Football League in 1998. They finished as runners-up in their first season, earning promotion to Division Two of the North West Counties League. In 2001 the club were renamed for a fifth time, becoming Alsager Town again. They finished second in Division Two in North West Counties League, earning promotion to Division One. They won the Leek Cup in the same season.The 2005–06 season saw the club finish third in Division One, resulting in promotion to Division One of the Northern Premier League (NPL). At the end of their first season in the NPL the league added an extra division, resulting in Alsager Town being placed in Division One South. Although they finished fourteenth in the eighteen-club division in 2007–08, the club were relegated back into the renamed Premier Division of the North West Counties League after failing ground grading criteria. The club remained in the Premier Division until the end of the 2015–16 season when they were relegated to Division One. 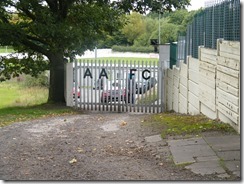 Alsager have played at Wood Park Stadium, originally known as the Town Ground, since 1968. The clubhouse suffered considerable damage by fire in July 2011, resulting in them largely playing away from home until November that year. It currently has a capacity of 3,000, of which 250 is seated and 1,000 covered. The committee of the N.W.C.F.L. were superb in the way they switched fixtures for The Bullets due to their problems, 99% of their games were played away from home until the November. A rebuilding programme got underway and things went well both on and off the pitch for the 2011-12 season due to the massive help from BAE Systems and their contractors, who helped in rebuilding the changing rooms so that football could return. Terry’s gang (The workers) then set about completing work around the new changing room complex which included the interior painting. Planning permission was sort after to build a new club house and virtually 12 months to the day that permission was granted. Then in late 2012 the Football Foundation granted Alsager Town over £85,000 and the new clubhouse was built and it opened on Boxing Day 2012. The club were given some old seats from Stoke City after they replaced them with new ones 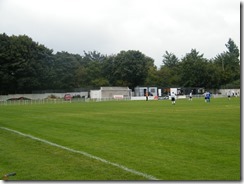 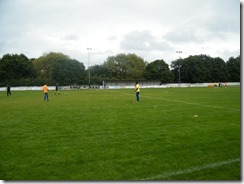 The day started out on the 0807 from Carlisle to Crewe. I’d booked the train tickets back in July in Virgin Trains Summer sale for £5 each way it was well worth the value. I had originally intended to go to Crewe V Carlisle but I was swaying back and forward with going elsewhere. When I arrived at Crewe I spent time at the Crewe Heritage Museum and they had a wheels of war Exhibition on that day so Entry was £3.50. (Normally £5) I was there 2 hours looking round all the exhibit's Including the old APT train and Old Exeter Signal Box. I had my lunch in the old Crewe Signal Box watching the train arrive in and out of Crewe Station. 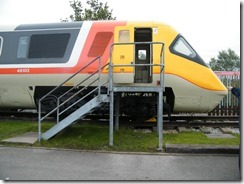 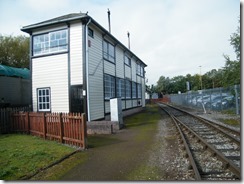 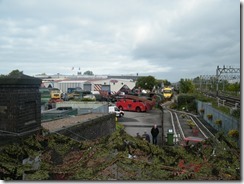 After that I had a quick pint in the pub with a few Carlisle Fans before heading to Crewe’s Old Programme shop just by the ground. I purchased a few old programmes for mainly 20p a time.

I then made my way to the Train station for 2pm as there was a 2.06 to Alsager. Once I’d seen the Carlisle Team on Twitter I decided to go to Alsager. I was in Alsager within 8 minutes and the walk to the ground took around 13 Minutes. 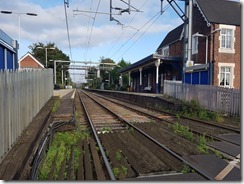 Alsager won this FA Vase game comfortably 5-1 goals from Attrell x3, Glover and Dylan Bath to be fair Nostell were never in the game I had to leave before then end to make sure I was on the 1649 to Crewe to connect with the 1709 back to Carlisle. I was well chuffed that I’d got a new ground in and seen 6 goals. Sadly or thankfully master tactician Keith Curle had masterminded a 5-0 away win at Crewe and I’d missed it. I joined the 20 minute late 1709 at Crewe and joined up with the rest of the happy Carlisle fans on the train home. 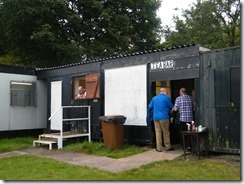 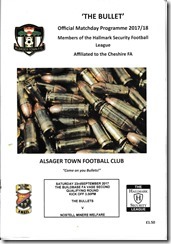