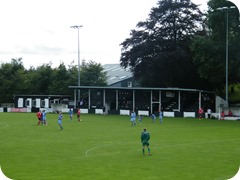 The club was established in 1919 by employees of the Netherfield Somerfield Brothers factory and was initially named Netherfield. They joined the West Lancashire League in 1936, where the club remained until World War II. In 1945 they joined the Lancashire Combination, finishing as runners-up in their first season. The season also saw them reach the first round of the FA Cup for the first time, losing 3–2 on aggregate to Barrow. When the league gained a second division in 1947 the club were placed in Division One, which they won in 1948–49, a season which saw another FA Cup first round appearance, this time losing 3–0 at Gateshead. Netherfield went one better the following season, beating North Shields 4–3 in the first round, before losing 6–0 at Watford in the second. In the 1955–56 FA Cup the club lost 5–1 at home to Grimsby Town in the first round in front of a record crowd of 5,184. They were founder members of the Northern Premier League in 1968.The club dropped into Division One of the North West Counties League, the club were founder members of Division One of the Northern Premier League in 1987, although Netherfield finished bottom of the new division in their first season, they were not relegated. They were renamed Netherfield Kendal in 1998, before adopting their current name Kendal Town two years later when Kendal's shoe making industry closed. In 2005–06 the club finished third in Division One, qualifying for the promotion play-offs. After beating Stocksbridge Park Steels 4–2 on penalties after a 1–1 draw, they defeated Gresley Rovers 2–1 in the final to earn promotion to the Premier Division. In 2008–09 a fifth-place finish in the Premier Division saw Kendal Town enter the play-offs for a place in the Conference North; however, they lost 4–3 to Ilkeston Town in the semi-finals. Another fifth-place finish the following season led to another play-off campaign, this time losing 2–1 to Bradford Park Avenue in the semi-finals. In 2012–13 the club finished second-from-bottom of the Premier Division, resulting in relegation to Division One North where they remain to this day. 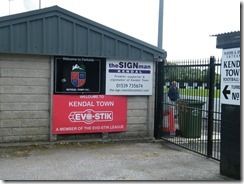 After being established, the club were given land at Parkside near the K Shoe factory. Club members paid one pence a week into a sports association, which used the fund to develop the ground. Dressing rooms were built in 1928 and a main stand erected in 1930. Terracing was installed behind one goal and along one side of the pitch after World War II, with the stand was expanded in 1955. More seating was installed the following year when a clubhouse was built with seats in front of it, and floodlights erected in 1965. Parkside road is next to the cemetery and Cricket ground 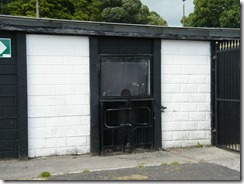 My 1st visit to this ground was back in July 2009 when I watched a pre season friendly between Kendal and Carlisle United When Kendal beat Carlisle 5-2. That season Kendal went onto finish 7th and just miss out on the play offs it was very much a youthful Carlisle side that day from what I remember. Today we used Virgin Trains summer seat sale to gain tickets for £2 each way from Carlisle to Oxenholme and £1 for my son. We took the bikes and we boarded the 1349 and were in Oxenholme by 1430 a short bike ride down the hill to Kendal and we were at the ground for 1450 after a quick stop at the cash machine. It was a pre season friendly so entry was reduced to £5 entry and there was no programmes. 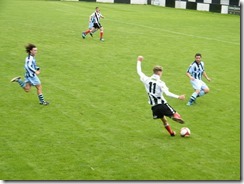 Workington Won this game comfortably 3-1 with goals from J Ryan (20'), R Wilson (51'), J Simpson (82') and Kendal’s coming from R Pearce (83'). This was a weak Workington side who had been depleted due to work commitments and injuries, but they managed to overcome Kendal town with a squad containing two sixteen-year-olds still to establish them themselves in the reserves. Leo Holliday and Cam Harker played forty-five minutes each with Reds handing the two sixteen-year-olds a first team debut. Pre season can be hard to judge but it doesn’t look good for Kendal at being defeated 4-1 on Tuesday night at Penrith and 3-1 here the omens are not good. 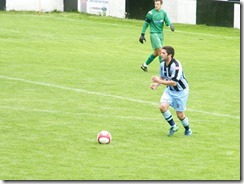 After the game we had a bike ride back up the hill to Oxenholme for the 1826 back to Carlisle. We had over an hour to kill as it didn’t take long. We managed to hang around talking to my former colleagues at Oxenholme Station whilst waiting for the train. Oxenholme was sadly were I worked my last shift on the railway back in 2010 in the booking office. 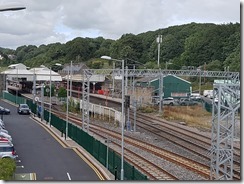 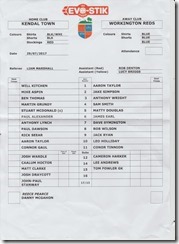 Programme none T/S only