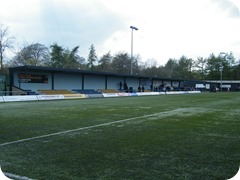 East Kilbride Football Club is a semi-professional football club based in East Kilbride, South Lanarkshire, Scotland. They are members of the Lowland Football League, in the fifth tier of the Scottish football league system. Formed in 2010 with the intention of bringing senior football to one of Scotland's largest towns, the club initially competed in amateur football before becoming one of the founder members of the Lowland League in 2013. The club became a full member of the Scottish Football Association (SFA) in 2014, entitling them to automatic entry to the Scottish Cup. In 2016 they broke the most wins in a row record held by AFC Ajax before losing after 30 consecutive wins.

The club were launched officially by two former Old Firm players, John Hartson and John Brown, of Celtic and Rangers respectively. The original club was formed in 1871, making it one of the oldest clubs in Scotland.The first office bearers included the quaintly titled Croupier, which today would be recognised as Treasurer. The first recorded match was a 1–0 defeat by a Queen's Park second eleven in April 1872. They drew 0–0 with the same team later that year. During the 1870s the club folded and resurrected several times, which was a regular occurrence at that time for football clubs. The modern club was formed in May 2010 after the merger of Jackton Boys Club and Stewartfield F.C. Later local clubs EK Diamonds and EK Wanderers were incorporated into the structure. On 5 November 2016, East Kilbride defeated BSC Glasgow 3–1 for a 27th consecutive victory and surpassed Ajax's record of 26 consecutive wins. On 19 November 2016, East Kilbride lost 0–1 to Spartans to end their winning streak of 30 games

East Kilbride Currently have no permanent home, using the facilities at the training base, K-Park, until a site is found for the new stadium. 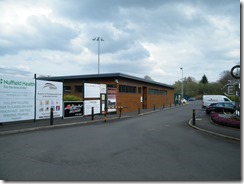 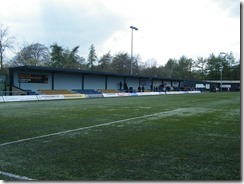 The day started by driving up the M74 towards Junction 5 before turning off and heading to East Kilbride. We parked in the car park next to the ground and went inside. There isn’t much inside apart from a small seated stand and that’s the only area accessible to supporters

The game itself was a simple 3-0 win for Spartans with Kilbride having played the day before in the Scottish League Play off away at Buckie Thistle. Jack Beesley Scored the 1st goal when he finished off a move created by Scott Maxwell and Blair Tolmie opened his Spartans account with header after Chris Townsley’s effort was saved. Blair Carswell saved McNeil’s spot kick on the stroke of half time after the two tangled as the East Kilbride player raced in on goal to keep the score 2-0 and Spartans passage to Round 2 was complete when David Greenhill rounded off proceedings late on. 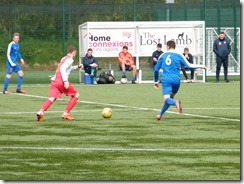 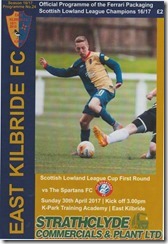