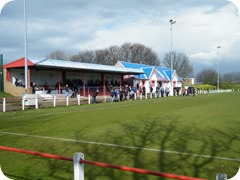 Seaham Red Star Football Club is a football club based in Seaham, England. They joined the Wearside League in 1979 as Seaham Colliery Welfare Red Star. In 1984, they changed to their present name. Seaham Red Star are named after the pub in which they were formed. Much of the credit for the Club’s early development belongs to Ralph Pigg, the initial Secretary, and Larry Phillips, the Club’s first Manager. The pair, supported by a small committee, entered a side in the Houghton and District League and, after a promising first season, made a successful application to join the Northern Alliance League in 1974. After a further five fairly successful seasons, the Club felt sufficiently confident to join the then highly competitive Wearside League in 1979. This confidence was soon justified, the Club winning the Durham Challenge Cup in 1980 and the League and League Cup “double” in 1981–82. In 1983, they were elected to the Northern League Second Division and, after some near misses, eventually gained promotion to the First Division in the 1987–88 season. They were relegated in 2001-02. Neil Hixon returned as manager in 2005 and along with Stuart Gooden and former Sunderland & Scottish International George Herd put together a side that won promotion back to the First Division in the 2006–07 season. The following season saw yet another change in management with former Darlington player Andy Toman taking over. Another dip in club fortunes saw the side face relegation.The 2010–11 and 2011–12 were two of the worst seasons in the Red Star history with the team involved in relegation battles which could have seen the club relegated to the Wearside League, both battles were successful and the club retained its Northern League status. 2014–15 was a successful season for The Star as they won the Division Two title.

I’ve not been able to find any historical information on the Stadium but it has 1 small stand on 1 side with the club house just further along and has a smaller stand on the other side with both ends behind the goals open. 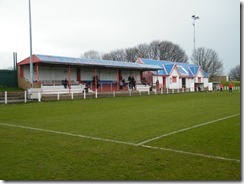 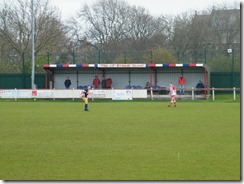 I made by way over from Carlisle along the A69 ,A1 and A19 stopping off at the Metro centre for a short while . It was pretty simple to find the ground and the car park is down a little lane just off the B1285. There is a nice kids playground just next door. On entry I paid £1 for a golden goal ticket my time was 30 Minutes and thankfully the 1st goal came on 30 Minutes so I won £30 after the game the journey back home didn’t take took long and I was home for just after 6pm

In the Seaham side is Brad Staunch who was released by Carlisle united in 2013. Hartlepool-born Brad had two years as a young pro at Carlisle, during which he was loaned out to EvoStik League Kendal Town. Since his release he has had spells at Hartlepool FC of the Wearside League, and Northern league clubs Seaham Red Star, Billingham Town and Norton  Stockton Ancients. A right-back who can also play at centre-half, signed for Consett on 7 July, 2016 before leaving to re-join Seaham November 2016. 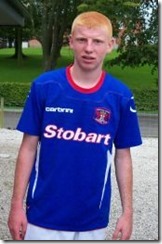 In the Ashington Squad was former Carlisle United Player Paul Anthony.In the Official Carlisle United History book written by Paul Harrison there is no Mention of Paul although I know he was Registered as number 28 in 2000-2001 and 24 in 2001-02. Paul’s Debut was actually against Kidderminster in the LDV (1-1 at 90 minutes. Kidderminster Harriers - in their first game in this competition - won with Tony Bird's 100th minute Golden Goal during extra time) Paul Played 80 Minutes and was Replaced by Steve Soley. I can find no record of him ever playing again and had been removed from the match day Programme by January 2002 From what I can gather he was YTS 98-99 and 99-00 He signed a 2 year Pro Contract in 2000 but went on loan to Newry Town in Northern Ireland before being released. He has had spells at Gateshead,Team Northumbria,Heaton Stannington and Newcastle Benfield that I can find mostly clubs in the North east. 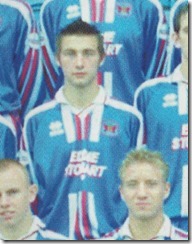 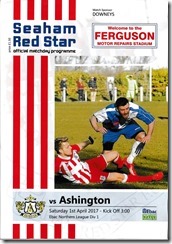 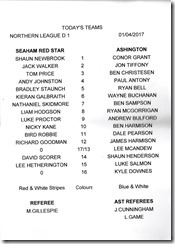