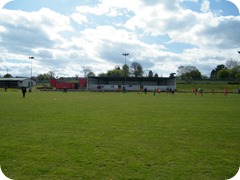 Brandon United Football Club is a football club based in Brandon, County Durham, England. They are currently members of the Northern League Division Two and play at the Welfare Ground. The club was established in 1968 as the works team of a waste paper company, and were initially shared the name of the company Rostrons. They joined Division Three of the Durham & District Sunday League, winning the division in their first season. They went on to win Division Two the following season, and were promoted to Division One. The mid-1970s saw Brandon win Division One four times in successive seasons between 1973–74 and 1976–77. They also won the Durham Sunday Cup in 1973–74, 1975–76 and 1976–77, as well as the FA Sunday Cup in 1975–76.In 1977 the club joined the Northern Alliance, winning back-to-back championships in their first two seasons in the league, also winning the League Cup in their first season. Although they only finished fourth in 1979–80, the club entered the FA Cup for the first time, and reached the first round. Drawn at home to Bradford City, the match was moved to Spennymoor United's ground, with Bradford winning 3–0. The season also saw them win the League Cup for a second time.In the summer of 1980 Brandon left the Northern Alliance to join the Northern Amateur League, but after a single season, they were elected to the Wearside League. Two seasons later, they moved up to Division Two of the Northern League. After finishing fourth in 1983–84, they won the division the following season, and were promoted to the Premier Division. In 1988–89 they reached the first round of the FA Cup again; after drawing 0–0 at Doncaster Rovers, the replay was also played at Doncaster's Belle Vue, with Rovers winning 2–1.Brandon were relegated to Division Two at the end of the 1993–94 season, but returned to Division One after winning Division Two in 1999–2000. The club were Division One champions in 2002–03, but finished bottom of Division One in 2005–06 and were relegated back to Division Two.

I made my way over the A69 and A68 towards Brandon arriving in the Village around 1.40 getting something to eat in the nearby Lidl before parking up in the ground around 2. We sat in the car eating until around 2.40 and entered the ground. £5 for myself and £3 for the boy ( I possibly think this is the 1st time I’ve paid more than a £1 for my lad who’s 13 now ) Programme was £1. 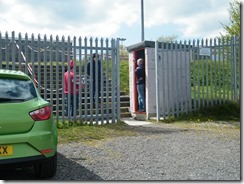 The game itself was a really entertaining one with some good football being played by both sides but mostly Billingham Synthonia. Synthonia took the 3 points with a 4-1 win. Goals from Wilson (x2) Seaton & Liddle. Wilson also missed a penalty which would have completed his hat trick. Brandon’s goal was scored by Martin

Jon Seaton was in the Billingham Synthonia team at Number 4 who was signed by Carlisle United as YTS in 2007 when Carlisle beat of completion from a number of clubs to his signature after being released as a 15 year old by Middlesbrough. He went on to play for the Youth team throughout the 2007-08 & 2008-09 Season’s, Even gaining Squad Number 38 for the 2008-09 Season before being released at the end of the season without making an appearance. We had a really strong Youth team them seasons with Gary Madine Ryan Bowman and Andy Cook up front all still playing Professionally for Bolton Motherwell and Tranmere Respectively. We also had Tom Aldred now at Blackpool. He was part of the Squad that made it all the way to the Youth Cup Quarter Final beating Manchester United on the way before losing to Aston Villa 2-0 in the Quarter Final.

Signing for Whitby Town in Oct 2009 he later had spells at Marske United Norton & Stockton and West Auckland before arriving at Billingham Synthonia . Seaton had a great game and was influential in the game scoring in the process. 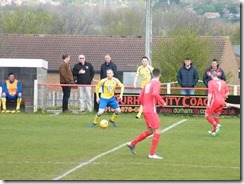 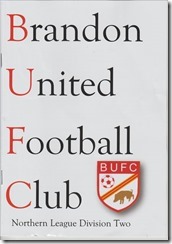 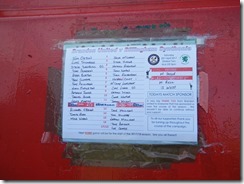