F.C. United of Manchester is a semi-professional football club based in Moston, Manchester, England. The club competes in the National League North, the sixth tier of the English football league system, and play their home matches at Broadhurst Park. Founded in 2005 by Manchester United supporters opposed to American businessman Malcolm Glazer's takeover of that club, F.C. United entered the North West Counties Football League Division Two in their inaugural season. They achieved three consecutive promotions in the first three years of their existence and were promoted for a fourth time to compete in the National League North for the 2015–16 season. In cup competitions, F.C. United reached the second round of the FA Cup during the 2010–11 season and the fourth round of the FA Trophy during the2014–15 season. After sharing multiple stadia across Greater Manchester between 2005 and 2015, F.C. United opened their own ground, Broadhurst Park in north-east Manchester, in May 2015. The team has been managed by former professional footballer Karl Marginson since its formation. The club's regular kit colours are red shirts, white shorts and black s F.C. United are the largest fan-owned football club in the United Kingdom and have one of the highest home attendances in English non-league football. The club is democratically run by its members who have equal voting rights and own one share in the club each.ocks. Their badge is based on the Manchester coat of arms and features a ship at sea and three stripes for the three rivers that flow through Manchester.

Broadhurst Park is a football stadium in Moston, Manchester, England. It is the home of F.C. United of Manchester and Moston Juniors F.C. The stadium was known by its project name, Moston Community Stadium, before being changed at a members' meeting in 2014.

F.C. United were formed in 2005, and aimed to construct a ground in Manchester by 2012. After plans for an initial site collapsed, the development of a new stadium at the Ronald Johnson Playing fields in Moston was announced. A protracted planning process followed, and construction began in November 2013. Broadhurst Park was completed with a capacity of 4,400 in May 2015.The opening match was a friendly between F.C. United and Benfica on 29 May 2015. F.C. United played host to Stockport County in their first ever competitive league match at Broadhurst Park on 11 August 2015, eventually losing 2–1.

The day started off by catching the 07:33 to Manchester Picc from there we took the tram to Manchester Victoria and they spent time at the National Football museum it’s free entry but me and my son paid the £5 voluntary donation. We got to hold the Premier League Trophy and have a look around at the 50 Year anniversary Exhibition of the day England Won the world cup. 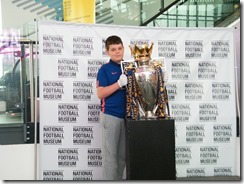 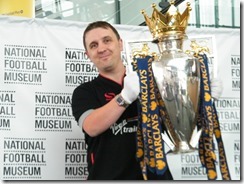 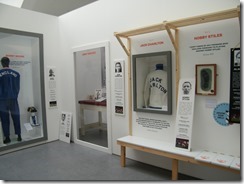 After that we had lunch at Ziferblat a Russian Pay by the minute café. Basically you pay 6p at Minute for every minute your in the place. All you have to do is clean up after yourself. All you can eat cakes and drinks (Tea’s Coffee’s Soft drinks Etc) 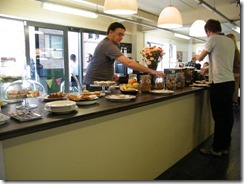 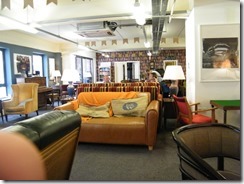 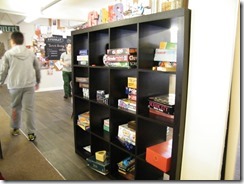 After that we headed back to Victoria for the Tram to Newton Heath and Moston Tram stop before catching the free shuttle bus up to the ground. We had a look in the bar and watched re-runs of the famous fa cup win over Rochdale in 2010

The game itself was an easy 3-0 win for Rochdale with goals from Sammi Qdusi,Scott Tanser and Andy Cannon a copy of the match report is here

After that we boarded the free bus back to the station then got a tram back to Piccadilly Gardens, we spent a bit of time shopping in Primark then grabbed something to eat in Sainsbury’s. We caught the 1816 back to Carlisle but it was around 30 Minutes late arriving home around 2030

Chris Chantler played for FC United in the 1st half and didn’t have the best of games. Chris Started his career at Manchester City but was loaned out to Carlisle in November 2011 he then Signed Permanently in Jan 2012 Chris Made 54 Appearances up till the end of the 2014 Season when he was released by Graham Kavanagh after an injury hit 2 Years. He then spent the 2014-15 Season with Kilmarnock making 26 Appearances again blighted by an injury and was released at the end of the season. He signed for Macclesfield in January 2016 but never made an appearance in 2 weeks and eventually joined FC United of Manchester and has been there ever since. From January 2016 he has made 18 Appearances with 1 goal 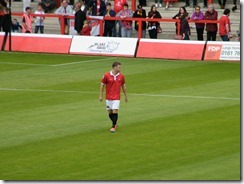 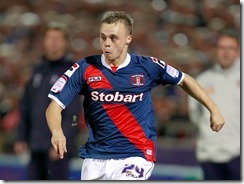 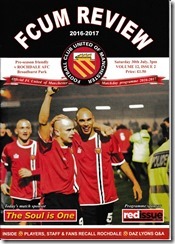 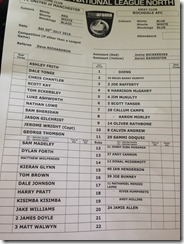