Spartans Football Club are a Scottish football club from Edinburgh. They are managed by Dougie Samuel. They were formed in 1951 by ex-players of Edinburgh University and the original intention was to field a team of graduates of the university. However, they have players from elsewhere as well. They play at Ainslie Park.The senior team plays in the Lowland Football League. They joined the new league in 2013 after playing in the East of Scotland Football League, where they became one of its most successful clubs from the 1970s. They have been allowed to play in the qualifying rounds of the Scottish Cup since 1978 and have qualified for the cup proper on several occasions.As well as the Lowland League and East of Scotland teams, Spartans also have a Saturday amateur side, a Sunday amateur side and several women's teams, including Spartans W.F.C., who play in the Scottish Women's Premier League.

Spartans Tried to gain election in 2008 to replace the disbanded Gretna but lost out to Annan Athletic who gained 45 Votes to Spartans 11 and Cove Rangers 29 In 2013 the Lowland League was created with Promotion to the football league an option but not until after the 1st season. In the 1st Season Spartans won the league Finishing 4 points ahead of Stirling university,but there wasn’t a promotion available. in 2014-15 and 2015-16 Edinburgh City won the League achieving promotion in 2015-16 replacing East Stirlingshire. Ambitious Spartans will now look to follow Edinburgh’s example in 2016-17 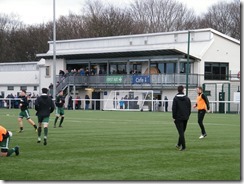 Ainslie Park on Pilton Drive in north Edinburgh is the home ground of Spartans. The stadium has a capacity of 3,000 (504 seated). Ainslie Park is only part of the new project that Spartans have invested into their new ground. It is part of a wider development of the Spartans Community Football Academy. The new facility incorporates a fully enclosed stadium which meets SFA and SFL criteria, with a grass pitch, floodlights, seating for 504 spectators and an overall capacity of 3,000. A full size, floodlit artificial pitch sits adjacent to the main playing area and the accommodation incorporates six changing rooms, a club room, committee room and a physio room. 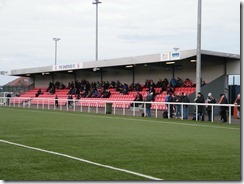 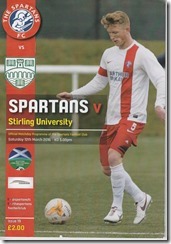