Whitehill Welfare Football Club is a football club based in the village of Rosewell, Midlothian, Scotland. They are members of the Lowland Football League and play their home matches at Ferguson Park. The club was founded in 1953 and initially competed in juvenile football before turning senior and joining the East of Scotland Football League in 1979. They are the most successful side in East of Scotland League history, winning a total of 16 titles prior to joining the Lowland League as one of its founder members in 2013. The earliest records of Whitehill Welfare indicate that the team first appeared in the 1905–06 season under the name Rosewell Rosedale, replacing the defunct Rosedale Rovers, and playing in the Midlothian Juvenile League. Although Rosedale continued operating until 1957, it was in 1953 that Whitehill Welfare were formed, the founding fathers being a group of employees from the now defunct Whitehill Colliery. In the early years, Whitehill were the chopping block for the more fancied clubs. Although reaching the Scottish Juvenile Cup semi-final in 1959, they did not really come to the fore until 1964, when they won every trophy in the Mid and East Lothian Section Juvenile League. By 1979, there were only six Juvenile clubs left in Whitehill's league, and so the Welfare decided it was time for it to go senior. This resulted in the team joining the East of Scotland Football League in August 1979, a league which they were to top at the end of their first four seasons. Membership of the Scottish Football Association also has the advantage of allowing the club the opportunity compete in the Scottish Cup. In this competition, Whitehill Welfare have knocked out Albion Rovers (1986–87), earned replays against three SFL sides, and seen perhaps the team's finest hour, meeting Celtic on 28 January 1996 in the 1995–96 Scottish Cup. The game saw Whitehill Welfare hold Celtic to 0–0 until the 39th minute and saw a respectable 3–0 defeat The tie was staged at Hibernian's Easter Road ground in freezing conditions in front of 13,100 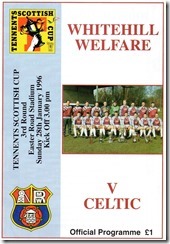 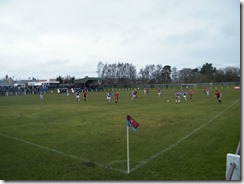 Ferguson Park holds around 2614 with seating for around 150 The pitch is down from the main entrance and is in a kind of bowl shaped dip and it does not have floodlights. 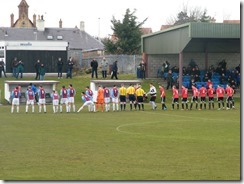 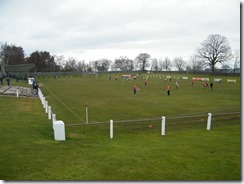 Whitehill won this game 3-0 but it wasn’t as easy as the score line suggests. Whitehill raced into a 2 goal lead with goals from Callum Connolly and Tony Muir in the 15th and 27th Minute. Just after the interval Gala’s Jamie Gibson was sent off and that seamed to inspire Gala to fight on in the second half but they were unable to score against the impressive Whitehill goalkeeper and defence. Whitehill then Wrapped the game up when Connor McGregor raced away down the left and his cross was fired in by Substitute Jamie Devlin. Whitehill had a further chance to make the score line more impressive but John Williams put his Penalty wide. Gala had a chance right at the death from a free kick but the kick was excellently tipped over the bar by the Keeper Ben McGinley. A great young keeper who has made some excellent saves since stepping up from the U20’s.

We made our way up the M74 towards Junction 13 then following the A702 from there, Just after Biggar we branched off onto the A72 then onto the A702. Just after Howgate we then turned off heading towards Roswell on the A6094. We left just before 9am and arrived around 1040 the road around the ground was packed but we managed to park up on a new housing estate just after St Matthews Church (it isn’t even on google maps yet ) and entered the ground around 1050. 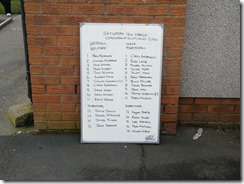 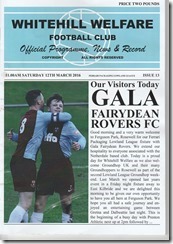