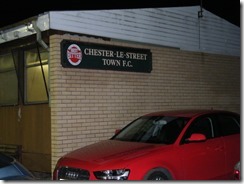 Chester-le-Street Town F.C. is an English football club based in Chester-le-Street, County Durham. The club plays in the Northern Football League Division Two. Chester-le-Street Town was founded in 1972 as Garden Farm F.C.. They were the Wearside League champions in 1981 and were admitted to the Northern League Division 2 in 1983 and were promoted to the 1st division at the 1st attempt.They were Relegated in 1988-89, but the Cestrians bounced back after finishing third in 1991-92. They were relegated in 1996-97 but came straight back up in 1997-98 Winning the Title.
In 1998-99 they finished 3rd in the 1st Division there highest ever finish. 13th 15th 14th 14th 17th 8th 8th 17th 18th 13th were there finishes in the 1st Division.They were finally relegated in 20th in 2009-10 In the Second Division they’ve finished  8th 12th 13th 11th finishing 13th Last season. At the time of the Visit they now lie 4th in the table
In 1986-87 they reached the 4th Qualifying round of the Fa Cup losing to Caernarfon Town 3-2 at home In 1985, they reached the fifth round of the FA Vase. Losing 3-0 to Fleetwood after 2 replays
When the club first moved to this ground in 1978 it had only dressing rooms located away from the playing area and a perimeter fence around the pitch.There is a 200 seater stand, covered terracing for 500, uncovered terrace, hard standing all round Sadly I haven't’ got used to taking photo’s with my camera at night and can’t seam to get any decent ones .
Club Honours
Wearside League Champions 1980/81
Northern League Division 2 Winners 1983/84 & 1997/98
Record attendance:
893 v Fleetwood Town(18/2/1985) 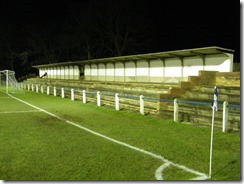 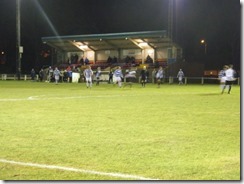 I left Carlisle around 1800 driving over the A69 and then down the A1 through the annoying road works then down the A167 straight to the Chester Moor Pub which is located just beside the ground at the back of the pub car park is a lane which takes you round to the Football Club and the clubhouse I arrived just in time for KO (1930) after a slight diversion through Chester Le Street to find a cash point.Probably one of the easiest grounds to get to as it’s all A roads and Motorways from Carlisle. Michael Hepplewhite gave Chester Le Street the Lead in the 1st half at half time I checked out the small club house which has sadly seen better days. In the Second half Northallerton came out fighting and Elliott McGlade equalised for the visitors.Simon Pinkney then put Northallerton in front, with Andrew Ramsbottom making sure after the goal mouth was left open scoring from almost the half way line.The ref made some very strange calls throughout the game and Chester Le Street will be disappointed with some of the decisions 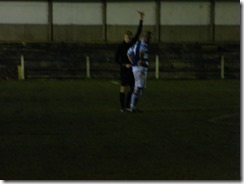 After the game it was a rather straight forward journey home again although the A1 was shut and I had to Divert through Team Valley Industrial Estate taking around 80 Minutes to get home. 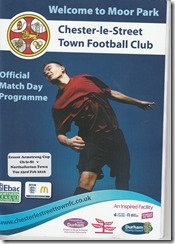 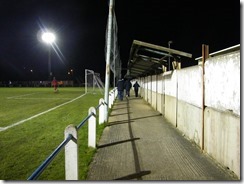