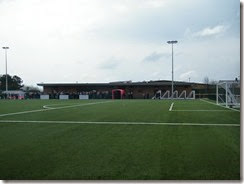 Consett Football Club was formed in 1899 as Consett Celtic. They joined the Northern Alliance in 1919 Seven years later they Switched to the North Eastern League. From 1935-37 Consett reverted back to the Northern Alliance before returning to the North Eastern League in 1937. In 1950 they moved into Belle Vue Park and in 1950 a crowd of over 7000 watched an game against Sunderland Reserves. In 1958 the Northern Eastern League disbanded and they were forced to play in the Midland league for 2 years before joining the Newly formed North Counties League in 1960 Winning the League in 1962 but immediately returning to The North Eastern League which then again folded in 1964 , they then moved to the Wearside League. In 1970 they joined the Northern League. They were relegated to Division 2 in 1987-88 but returned straight up. In 2002-03 they once again went down but once again came straight back up then straight back down again only to once again come back.  At the end of the 2012-13 season they left the old Belle Vue for the New Belle Vue a 3 Million pound stadium with a 3G pitch which opened in November 2013 after playing 18 away games. 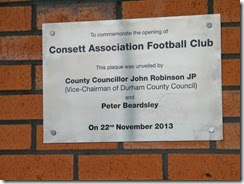 I made my way from Carlisle Via the A69 and A68 arriving just in time for KO parking up on a nearby street. The game was another dull one Ricky Fenwick scored the only goal for Durham City on 73 minutes when a long throw was headed on at the near post by James Oates for Ricky Fenwick to volley into the goal he hit it with such power he nearly broke the net, other than that there were not many other chance’s 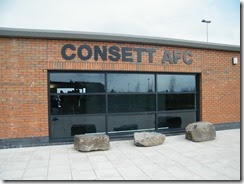 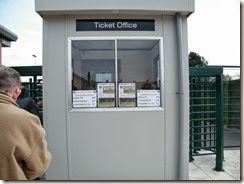 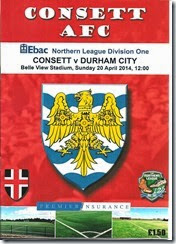 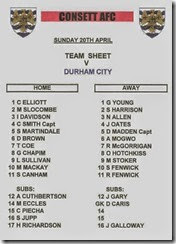