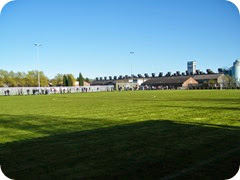 The ground has 2 Stands one seated and one standing both on the side of the pitch the club house and changing rooms are opposite in the corner. Behind the 2 stands is the East Coast Mainline with trains regularly passing by. 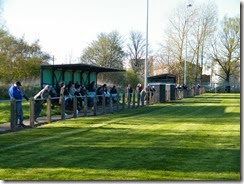 Making our way to Birtley from Washington we stopped off at a KFC to stock up and then headed for the final game of the Saturday hop. Chester Le Street stated off the better and won a couple of corners which came to nothing but Birtley took the lead on 15 Minutes when a through ball found Reaks and he made no mistake with the finish. A Birtley shot was well palmed behind for a corner after 29 minutes. The resulting corner was swung into the penalty area and Chester’s keeper caught the ball easily. Before halftime Chester-Le-Street’s number 7 curled an effort heading for the top corner from 20 yards but the keeper got a hand on it to turn it away. Chester-Le-Street got an equalizer after 71 minutes when when a cross was headed towards goal by Robert Draper and it bounced into the net. It didn’t take Birtley long to regain the lead 3 Minutes later the sub Lawrie turned on the edge of the area and smashed the ball into the net Nicol then produce a stunning goal on 25 Minutes from 25 Yards to complete the win. After the game we were straight back to Cumbria Arriving home for 21:00 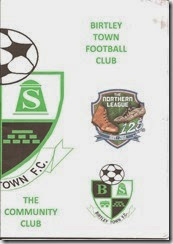 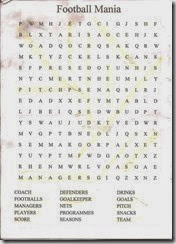