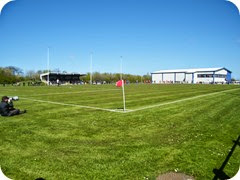 Washington were formed in 1947 by workers of the Washington ‘F’ pit (although there is evidence of a side existing in 1928 in Washington not sure if its the same one) joining the Gateshead and District league as Washington Mechanics they later joined the Washington Amateur league and remained there till 1964 when they joined the Northern Alliance league the stay lasted one year and they then joined the Wearside league under the name of Washington Football Club. In 1970/71 they reached the 4th Qualifying round of the FA Cup losing 3-0 to Bradford Park Avenue. In 1988 they joined the Northern League they have been promoted to the 1st Division on 2 occasions 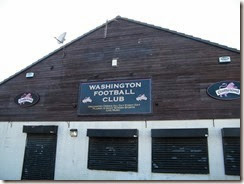 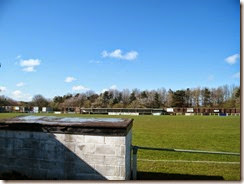 Originally the club played at Spout lane but were forced to move to Usworth Park upon joining the Northern Alliance. In 1979 the club moved to Albany Park. In the 1991/92 Season they had to ground share with Ryhope CA whilst there Clubhouse was re-built after it had been destroyed by fire. In 2010-11 Season they moved to the Nissan Sports Complex after it was vacated by Sunderland Nissan who had folded in 2009. the ground itself is open with one small stand holding Approx. 300 folk in it the changing rooms and Social club are behind the goal. 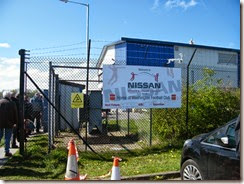 We made our way over to Washington from Jarrow but were slightly concerned when the postcode took us into the Nissan Factory main entrance after turning we round we headed for a ground that we’d spotted on Google maps. Upon arriving there we found it all locked up but it was Washington’s ground as it still had the signs up. Then we discovered this was the old ground Albany park which still stands and is still in use by a local Sunday league side. Upon turning around we headed back to Nissan and seen a sign at the Exit which said Nissan Sports Complex with an arrow pointing down the side of the factory car park how we missed it the first time I’ll never know.

The game itself wasn’t very good Seaham were 3rd in the table 4 points clear of Jarrow who had 2 games in hand and had just beaten Heaton Stannington 1-0 so the pressure was on Seaham. Washington opened the scoring on 30 Minutes James Fairley who’s shot went into the right hand side of the Goal. Michael Coughlan who had already been booked for Washington was shown his second yellow card after 50 Minutes and walked off  I am not sure why can only assume it was for dissent. After 54 minutes Seaham put in a good cross and a good save from the keeper forced a corner and a header from the resulting corner went close. A few moments later Seaham got another corner and this time Nicholson made no mistake to make it 1-1 both sides tried to get a winner but to no Avail Seaham have now completed their fixtures and sit 2 points clear of Jarrow who have 2 games to play against Willington (15th)and Whitehaven (17th) So it would look likely Jarrow will clinch the final promotion spot to accompany North Shields and West Allotment Celtic into Division 1. 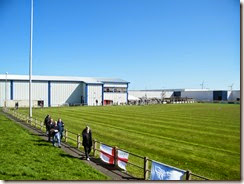 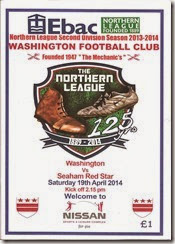 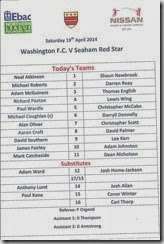