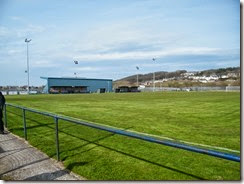 The club has moved from football club to social enterprise and is now a company limited by guarantee.  A new ground for the club had been in the planning stages for some time, however it has been beset with problems. It was envisaged that a £6 million sports stadium (sharing with Whitehaven RL) would be designed with an 8,000-capacity, though it is believed the final price tag would have been higher. The new facility, would have been part of a sports village for the site, and it was hoped that it would become a centrepiece of the £20 million Pow Beck regeneration, in which Copeland Council and West Lakes Renaissance are the most significant players. In April 2012 Plans were stopped when prior to construction, problems arose with the renovation of the current Recreation Ground at Whitehaven when the council encountered issues with the Miners' Welfare Organisation that owns part of the site.

The secretary and trustee of Whitehaven Miners Social Welfare Club, Brian Birkett, said he was "disappointed, surprised and shocked" that time, money and work had been lost to the delays. "Many tens of thousands of pounds has been spent which is going to go down the drain now," he said. "We feel we've been blamed for things going wrong and the truth is it's not our fault." However the partners responsible say they are determined to continue the project regardless of the loss of World Cup host venue status. BBC News understood that Whitehaven Miners Social Club wanted £750,000 to allow access to the site.

"Following a meeting last night, we have agreed unanimously that it is no longer affordable, nor feasible, to continue negotiations with the Whitehaven Miners' Welfare organisation and will instead look to develop the stadium project in a new direction," the Pow Beck stadium partners [Copeland Borough Council, Whitehaven Rugby League Club and Whitehaven Amateur Football Club] said in a statement."The partners will continue to work together to move the stadium project forward, but will no longer be exploring the option of access over the Whitehaven Miners' land.

The Proposed new clubhouse for WAFC will include: 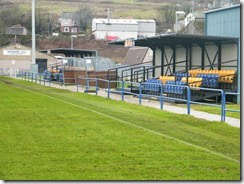 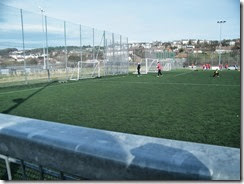 We decided to use the train this time well I say we decided actually my Son Daniel decided it, this meant I had to renew my family railcard for another year at £30. This reduced the train price from £18 to £10 so already saved me money and will do throughout the rest of the year. The train would hug the coast line from Maryport with good views of the Irish sea 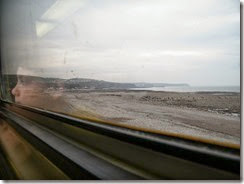 Leaving Carlisle on the 1247 we set off on the journey over the west coast line towards Whitehaven we were met on the train by 10/11 Seaham Red Star supporters who were very joyful, they got off at Whitehaven to find the nearest ale house but we continued on to Corkickle train station which is closer to the ground but not close to any pubs arriving at 1401. After a short walk (0.4 Miles) we were at the Rugby ground the football pitches are directly behind it. 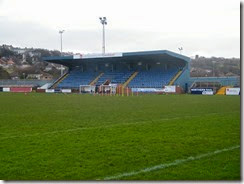 There was no turnstile entrance and the hut and signs had taken a battering in the bad winter weather which meant we were able to walk into the ground without paying the entrance fee as there was no one on the entrance as we were so early. sure enough around 1430 someone went up to the gates and started charging supporters as they arrived. 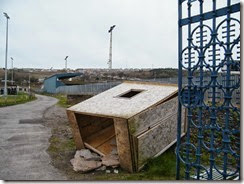 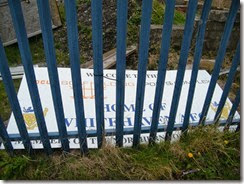 Seaham Red Star, were held to a 1-1 draw at Whitehaven. They took a lead through Adam Johnson, from the penalty spot after Whitehaven’s keeper had brought down on Johnson on 60 minutes. English had fed the ball through to Johnston, who in turn pushed the ball past the on rushing keeper and was brought down. The ref giving the keeper a yellow card despite his innocent protests.  Arthur peers then equalised for Whitehaven Ten Minutes later when he was allowed a free header from Lee Woolf’s corner kick to head home. Home keeper Studholme tested the referees patience with a blatant hand ball outside the area but Mr Charters again decided to ignore the Red Star appeals to take some action. With 5 minutes remaining the Star thought the game was won, Palmer went past Jack Hunter and crossed to the far post where Josh Home Jackson headed home only to see the linesman’s flag raised for an offside. Added time saw Whitehaven get the ball in the net, a break away from the home side saw five attackers against only one Seaham defender, Connolly carried the ball and released it to Barry Armfield who rolled it into the goal but the linesman flagged Armfield offside. 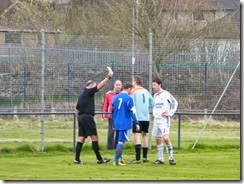 Our train home was at 1651 so we decided to leave the game 5/10 Minutes early to make sure we made it but when we arrived at the Station the train was late. We had to stand around on Corkickle Station for 15/20 Minutes unaware the train was late as their was no screens or announcements my phone was also dead so I was unable to check any website. The train eventually arrived at 17:13 which meant we could have stayed until the end of the game. we arrived in Carlisle 18:22 16 Minutes late. A good day out and and the weather stayed good. Just one more Cumbrian Team left to complete the Cumbrian Clubs (Holker Old Boys) for this Cumbrian Groundhopper. Carlisle, Workington, Barrow, Kendal, Penrith, Celtic Nation and Whitehaven All Done. 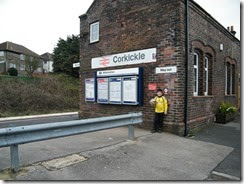 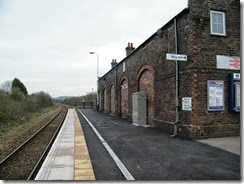 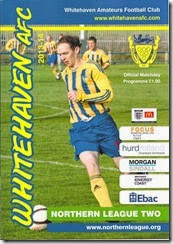