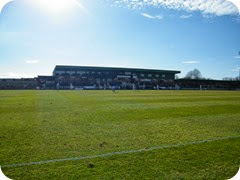 Salisbury City Football Club is an English football club based in Salisbury, Wiltshire. The club participates in the Conference Premier, the fifth tier of English football. The club was founded as Salisbury F.C. in 1947. A previous Salisbury City Football Club existed during the late 19th century, and played in the Southern League Second Division between 1906 and 1911, but the current club does not consider itself to be related. They play at The Raymond McEnhill Stadium. Salisbury have gained back-to-back promotions in recent years, first to the Conference South in the 2005–06 season by finishing top of the Southern League Premier Division, followed by winning the play-off final in the 2006–07 season to participate in the Conference Premier in 2007–08. In the summer of 2009, Salisbury City Football Club faced bankruptcy and in early September the club was formally placed in administration. Whilst still functioning as a football team, The Whites were fined and were punished further by the football authorities with the deduction of points. On 19 May 2010 the club was demoted two divisions to the Southern League Premier Division due to a breach of Conference rules. The club admitted that contrary to the conditions agreed in order to come out of administration, it had missed the deadline to pay back a creditor, but hoped to reach a CVA on 12 June, 5 weeks after the deadline. An appeal was made but on 10 June 2010 it was announced that with the appeal having failed, Salisbury City FC would compete in the Southern League Premier Division for the coming 2010–11 season, two divisions below Conference Premier level. 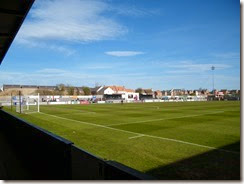 In 1997 Salisbury City moved to a purpose-built stadium at Old Sarum, named after the then chairman. The Raymond McEnhill Stadium's capacity officially stands at 4,000 (although it is technically able to hold 5,000), with covered accommodation for 2,247 fans.

A then record crowd of 2,570 saw the FA Cup first round 2–0 defeat by Hull City in 1998. This figure was beaten twice during the FA Cup run of 2006–07: against Fleetwood Town in the first round proper and then against Nottingham Forest in the second round, with 3,100 attending the 1–1 draw. Salisbury City lost the replay. A new record was set in the 2012–13 season when Salisbury reached the Conference South play-off final against Dover Athletic, the final being played on home turf. 3,408 attended the match which Salisbury won 3–2 after extra time.

This was to be the start of my double match weekend with a trip to Newport’s Rodney Parade the day after this to re-complete the English 92 League grounds. Me and My Eldest son Daniel left Carlisle on the Friday Lunch time to travel down initially to Walsall were we stayed at the Holiday Inn a Bargin at £30 which included a swimming pool and Gym. On the Saturday we made our way down the M5 towards the south we came off the M5 and took the A417 towards Swindon that then became the A419 After Cirencester. We stopped at Swindon for Dinner at a Burger king right next to the County Ground Swindon Enabling me to collect some photo’s before carrying on down the A346 and A338 towards Salisbury. Arriving at the ground for 2 we parked up in the Small Car park for £2 before walking to a local park for Daniel to play on the climbing frame. We walked back to the ground for 1430 and that's were we met a relieved Shaun Smith from Tyneside who knew his lift home was sorted (Shaun is the creator of the website 100 grounds Club a website which is a inspiration to so many of us ground hoppers) . We went into to the ground which was £14 for me and £5 for Daniel with Programmes £2.50. We had a quick half in the bar before entering the ground which was not segregated so we were able to walk around the full ground 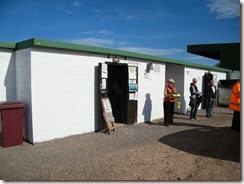 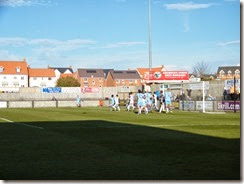 After the game we headed towards Basingstoke where we had tea at another Crown Carvery at the The Beach Arms Oakley before heading up towards Reading and our Travelodge just off the M4 at Theale Services again another bargin at £24. 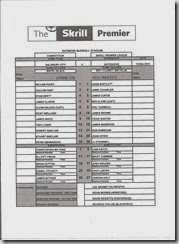 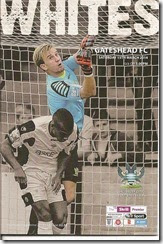