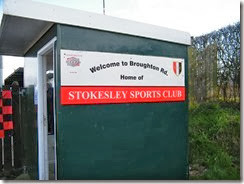 Stokesley Sports Club Football Club is an English association football club based in Stokesley, North Yorkshire currently playing in the Northern League Division Two. Formed in 1920, the club spent most of the 20th century participating in local leagues before joining the Teesside League in 1994 before progressing to the Wearside League in 1999. Seven years later the club was accepted into the Northern League. In the summer of 2009 the club changed their name to Stokesley Football Club. In 2009–10 the club became champions of the Northern League Second Division and gained promotion to the First Division for the first time in the club's history. In season 2010–11 the club finished 16th in division 1, but following the season the manager, chairman and secretary as well as the rest of the committee resigned quoting a lack of support from the sports club. Renamed Stokesley Sports Club FC, in 2011, a new team was appointed under the leadership of manager Monty Alexander. In the 2011–12 season Stokesley were relegated back to Division Two after finishing the season with 4 points and not having won a single game. The ground holds around 2000 and has one small stand at the top of one side of the ground with the changing rooms and sports club accross the other side of the car mark. There’s not much to this ground to write home about but the club are very friendly 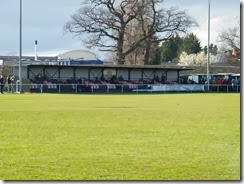 Making our way over from Marske straight from the full time whistle we arrived in plenty of time to grab a drink in the Sports Club accross the Car park from the ground. 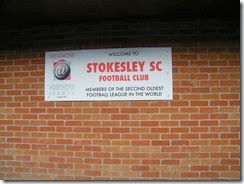 Two goals from Dean Thexton settled this game in the first half on 18 Minutes and 26 Minutes before a goal from Upton in the second half for Stokesley meant Tow Law came away from this with a good away win for which they were full value for. Stokesley tried to find an equalizer in the second half but to no avail. 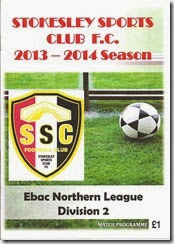