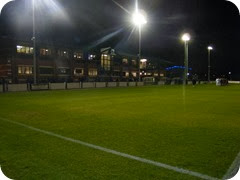 The County Ground is located next to the Motor Vehicle Museum and was originally home to Leyland Motors FC who played in the Lancashire Combination from 1933 until 1980 when they joined the Cheshire County League, where they played for two seasons, before becoming founder members of the North West Counties Football League in 1982. In 1990 they changed name to Leyland DAF-SGL and in 1992 were demoted to the West Lancashire Football League, before another name change to Leyland Motors Athletic in 1993. Then in 2001 they left the league altogether.

Whilst well renowned locally for its immaculate playing surface, the ground has also seen significant improvements off the pitch over the years, including the construction of a 500 seater stand and a ground capacity of over 2,300. 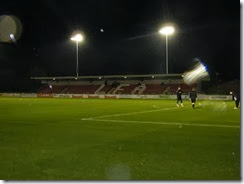 The Lancashire FA moved their headquarters to the County Ground in 1998 from Blackburn. The offices of the Lancashire FA are located at the ground which also has six corporate rooms. There is also an all weather pitch, which is used for hockey matches as well as football

We made our way up from Altrincham where we were staying overnight after visiting Anfield for the Tour and Splashzone at Warrington arriving at 1850. There’s not much to see at the ground no pub or clubhouse so we were in a good 45 minutes early although we did get a good parking space. 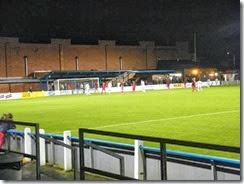 Matt Blinkhorn’s goal was the difference between the sides in the first half before The Coasters soaked up a final 30 minutes of pressure from their opponents before making the game safe with a Joe Booth spot-kick in the final minute. 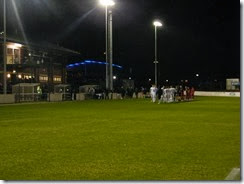 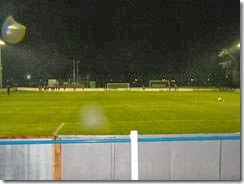 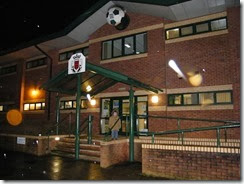 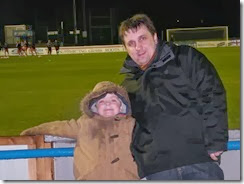 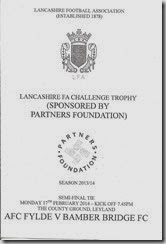