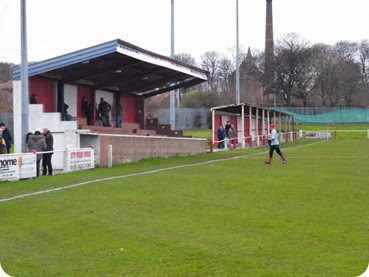 Sunderland RCA FC started its life as Ryhope Youth Club. Its first season was in the Seaham & District League in 1963. The first game was against Seaham UDC at the Seaham CW ground, now home to Seaham Red Star, and it was a 3 - 3 draw. The first seeds had been sown three years earlier, in 1960, when the Ryhope Youth Club Centre opened in the Welfare Hall. In 1965 the club moved to the Colliery Welfare ground and in 1971 changed its name to Ryhope Community Association. Competing in the Seaham, then Houghton & District Leagues, the club enjoyed success with eight cup wins and four league titles.
Rejected by the Wearside League because a Ryhope team already played in it, the club folded after the 1975-75 season. Re-formed three years later, the club joined the Northern Alliance in 1978 and won the League Challenge Cup at St James Park in Newcastle, in only their third season. Ryhope CA were also league runners up that year, even though they were reduced to playing on a school field. After some persuasion, the club convinced the council to lease then some derelict land - Meadow Park was underway. Financial help was obtained from Sunderland and Tyne and Wear Councils and the Sports Council to build a football ground. The club members and community joined together to carry out the building work, resulting in the enclosed ground where football games are played and enjoyed today.  In 1999 a new era commenced with the amalgamation with Kennek Roker of the Wearside League to form Kennek Ryhope Community Association. The seasons from 2003 onwards were tough, but for the season 2006-07, the club joined forces with Springboard Sunderland and a new era as Sunderland RCA FC began. Progress continued to be made both on and off the pitch and after finishing fourth in the previous two seasons Sunderland RCA FC were promoted as runners-up to Stokesley FC in season 2009-10. 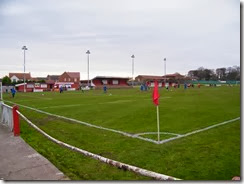 Meadow Park is a largely open stadium with one stand and a terracing shelter the ground holds approx. 1500 The ground is on a slope. We made our way over the North East Spending time at the Giants Den soft play centre, Before heading to the ground close to kick off. The first chance of the match came when following a Durham Free kick Sunderland broke Morris Played Jury in who crossed to Paton but his shot was superbly saved by The on loan Carlisle Keeper Lewis Brass. Although the game was very entertaining there were few real chances being created which was as much to do with some excellent defending as both teams were putting together some decent attacking moves. The next chance of the game fell to Durham when Hotchkiss picked up a pass from Harrison and sent the ball forward to Scott who fired wide of the far post from a very good position. Sunderland responded a minute later when Barton won a header and the ball landed at the feet of Patton who turned quickly before firing in a low shot which Brass saved low to his left. From a corner which was taken by Wilson Aaron Brown headed the ball down into the path of Barton but his shot was blocked and cleared by Stoker. In the Final minutes of the first half Durham had their best chance when Scott was sent clear of the Sunderland defence by Hotchkiss but the striker fired well wide. In the opening minute of the half Durham had a chance when Harrison sent a great ball forward to Turnbull who blasted in a great volley which went the wrong side of the post. Then a chance for Sunderland which saw Andrew Brown play the ball to Morris, he beat his marker slipped the ball to Patton who jinxed past two defenders before shooting but the ball clipped a defender's knee and went for a corner. In the final minute of the game Barton had a great chance to snatch victory for Sunderland as he poked the ball past Brass towards goal only to see a Durham defender come to the rescue to clear the ball for a corner. there wasn’t much between the 2 sides and lack of a clinical finisher meant the game ended 0-0 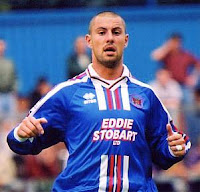 Sunderland RCA coach Steve Halliday was on the bench for Sunderland now 37 he is a player coach. Starting his career at Hartlepool Stephen's record of 27 goals in 169 games for Hartlepool. He then transferred to Scottish Premier League side Motherwell for £50,000. In 2000 he was sent on Loan to Carlisle United scoring 7 times in 16 Appearances and became a fan favourite but after being caught enjoying a few drinks in the centre of Brighton on the eve of Carlisle relegation decider against Brighton he was sent back to Motherwell (We lost the Brighton game 0-1 but stayed up due to Chester losing to Peterborough) where he was released at the end of the Season. Signing for Doncaster for the 00-01 season he made 11 Appearances scoring no goals before moving to back to Carlisle on a free transfer after losing his place, he went on to make 66 appearances scoring 8 goals in a side that was bottom of the league for most of his time there. In 2001 he was one of 4 players sacked by the club as then Chairman Michael Knighton blaming the fans boycott of season tickets the cause but after help from the PFA they were all re-instated managing to stay until 2002 when he was transfer listed to reduce the wage bill then retreating into the non-league circuit with Durham City, Washington Nissan Hartlepool FC and Sunderland RCA

Halliday's career could have been oh so different if a tribunal hadn't set his transfer fee at £385,000, preventing a move to Sunderland who he had caught the eye of following a string of impressive displays for Pools. Stephen's record of 27 goals in 167 games for Hartlepool brought the approach from Sunderland.
His final Appearance for Carlisle United was to come of the bench for the second half of the 2-0 defeat at Mansfield on 20th April 2002 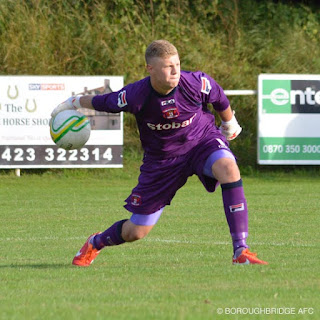 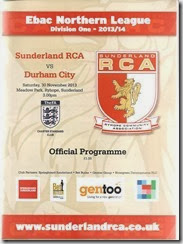