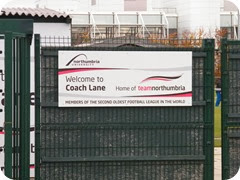 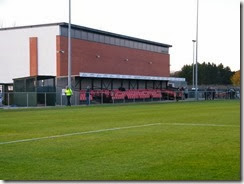 There isn’t much to Coach Lane Sports ground one small stand (Shown above) with the changing rooms behind it in the sports complex. the rest of the ground is open with the dugouts on the opposite side of the stand 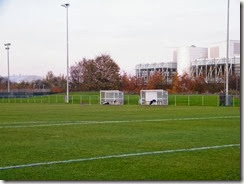 This game was between Team Northumbria and another local Cumbrian Team Penrith FC. We set off from Carlisle to Newcastle around 10am spending 2 hours at the kids play centre The Giants Den in the Team Valley Trading Estate near Gateshead, from there we made our way to Coach Lane Arriving at 1430 the car parking was 20p and entry was £5 Programmes were £1. 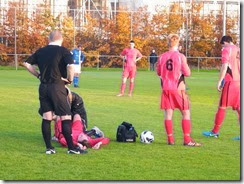 Team Northumbria were sunk after they lost 2-1 at home to Penrith. A game in which there were 2 players forced off through injury after bad tackles. Penrith’s number 3 Wood was forced off Injured and Team Northumbria’s number 10 also left the field injured both offending players received yellow cards for their parts in the tackles. Penrith took the lead when PHIL STOREY scored after a fine solo run from Coleman. RIGG then added a second for Penrith after a Solo run from storey to create the chance which was well took. Team Northumbria pulled a goal back in the second half Mark FENWICK the scorer which set up a final last 15 min’s but Penrith held on for the 3 points 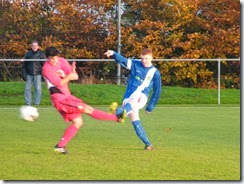 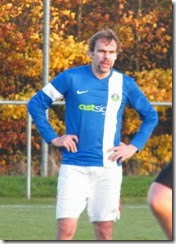 As A new feature I have decided to mention any ex Carlisle Players and update on their careers after they had left Carlisle. In the Penrith side Probably most of the side have at some point been involved in Carlisle United so it would be unfair to Single one out, But at right back was Current Carlisle 1st year Professional Brandon Lee Gwinnutt. Derby Born Brandon Came through the Carlisle YTS ranks to earn himself a 1 year Professional deal at the club joining Penrith for a 1 Month Loan deal on the 18th October 2013, Although this may have been extended.

Miles from Carlisle 62 Each way 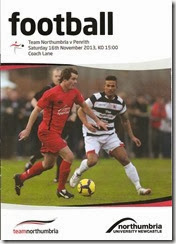