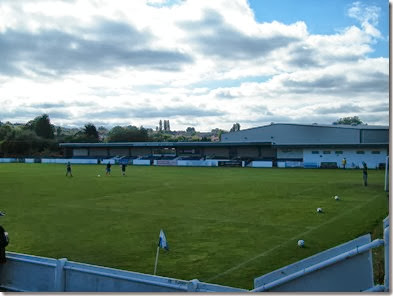 Causeway United Football Club is a football club based in Stourbridge, West Midlands, England, but originally from Oldbury. Causeway United FC was formed in 1957 and derived its name from the Causeway Green area of Oldbury(now part of Sandwell). Causeway United are members of the Baker Joiner Midland Football Alliance and ground share with Halesowen Town F C, playing home matches at The Grove for the 2013/14 Season. 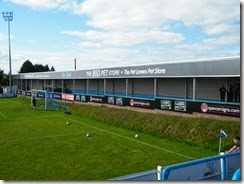 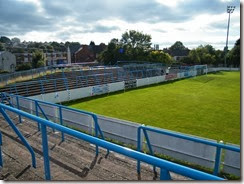 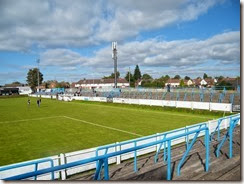 The ground was originally a cricket pitch and was therefore a three sided stadium. In the 1930s, a small wooden stand was constructed along the perimeter of the James Grove Button Factory (now housing). During the 1950s, the Old Hawne Lane end was constructed along with changing rooms, built on the site of former tennis courts. During this time players had to change in the Waggon and Horses public house on Stourbridge Road. In the 1980s, the three sided ground was converted to four with the addition of the uncovered terracing along the Recreation Park side of the ground. In 1987, the 420 seater Harry Rudge Stand was completed on the site of the 1930s vintage wooden cover, whilst at the same time the rest of the ground received a face lift. The stand was extended in 1998 and again in 2000. 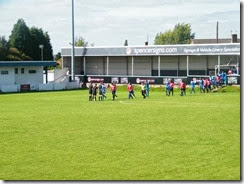 The home side enjoyed the better of the first half,  although Continental did go close early on through James Reid. The first goal came in the 27th minute when Causeway's Jack Pearlman headed in a Danny Priest corner. Just before the break it was two, when Priest hit the post from a free kick and the ball came back to  Jovan Blake-Walker who scored with a header. Robinson reduced the deficit with a header on 72 minutes but Causeway weathered the late storm well.

In the Continental Star side was James Reid who I think is the same James Reid who Carlisle had as a YTS back in 2010. he looked bright early on and obviously had a bit of skill, but faded second half unable to make any impact.

Attendance ? Head count of around 50