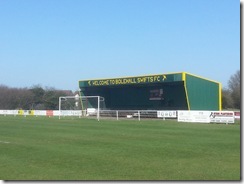 Bolehall Swifts Football Club are a football club based in Tamworth suburb of Bolehall, Staffordshire, England. They were established in 1953 and joined the Midland Combination in 1980, currently playing in that league's Premier Division, having spent two years in the Midland Football Alliance in the mid-1990s. Bolehall Swifts were founded in 1953, and took their name from its estate, and that of two local teams who were successful in the area, and the birds which by coincidence came every summer to fly high above its original headquarters "The Amington Inn".

he club plays at the Rene Road Ground, the pitch facilities boast an all-seated "WELCOME TO BOLEHALL SWIFTS STAND" and the "FOUNDED 1953 STAND" opposite the dressing rooms. Metal fencing, replaced roped off areas and season 2008/09 the Football Committee raised funds to concrete entrance and standing areas all around the ground. The Floodlights were officially opened some years ago by Mark Hughes then of Manchester United. New dressing rooms were built nearer the pitch with other social facilities enclosed. These too have been vastly improved in recent seasons by the Football Club.

After Leaving the other half and the Kids in the Hotel in Coventry I made my way up to Tamworth past the Ricoh Arena and towards the M42. Rene Road is discreetly tucked in behind a school so be careful not to miss it. At the back of the open ground is the West Coast Mainline close to Tamworth Station. I paid £4 to get in I think might have been £5. 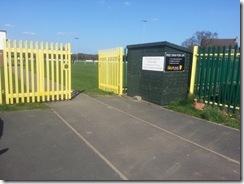 Former Tamworth striker Troy Wallen was seeing a lot of the ball and could have had a hat trick on a better day. With 23 minutes gone, McAdams found Ball who laid the ball into the path of Wallen, who finished the move by slotting the ball past the advancing keeper A wonderful well worked goal Two minutes later, Ball worked his way up the left and somehow found a pass into the six-yard box for Wallen. However, the Swifts' striker steered the ball the wrong side of the post from a very good position. 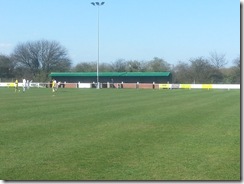 Bolehall then killed the game off in the second half. Wallen had a golden chance to make it 2-0 but was denied by the keeper. However, he won Swifts a penalty in the 65th minute after taking the ball on his chest from a cross he lost his footing and with the help of a shove in the back fell over. Harsh on Warwick as he was already going down and understandably Warwick were fuming. Abbott stepped up and fired home from the spot for Swifts' second. McAdams then set up Danny Hales, who headed wide and Carpenter showed good skills minutes later before hitting a powerful shot that Weston did well to save. The third goal came eventually though as McAdams picked out Hales who fired low and hard passed keeper Weston.

I left just before the end to make my way down to Tamworth Fc but I needn’t of bothered as the 0.8 mile journey only took me a few minutes in the car. 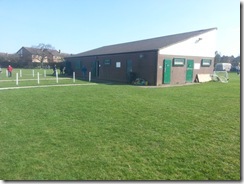 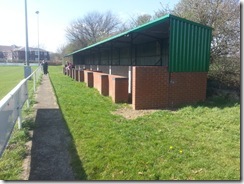 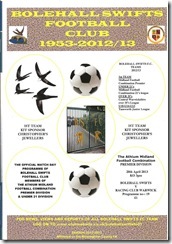