Worcester City Football Club is an English football club based in Worcester, Worcestershire. The club participates in the Conference North, the sixth tier of English football. Established in 1902, they have spent the majority of their history in non league football. The team plays at St George's Lane. The club was formed on 9 September 1902 following the liquidation of another local side, Berwick Rangers. They took over Berwick's fixture list in the Birmingham & District League.

The club play at St George's Lane. The ground has four main areas; the Dressing Room End and the Canal End (which can be used for away fans) located behind the goals, the Main Stand (containing all 1,121 seats) alongside one touchline, with the Brookside Terrace opposite the main stand. The current capacity is 4,523

The ground will be vacated in June 2013, as it has been sold to a housing developer. The sale of the Ground was aimed at helping to fund the building of a new 6,000-capacity ground to be built at Nunnery Way on the edge of Worcester, although due to poor negotiating by the incumbent board of directors, the sale of the ground failed to provide sufficient finances to pay for such a stadium. On 30 January 2013, it was announced that Worcester would ground-share with Kidderminster Harriers at their Aggborough ground from the 2013–14 season.On 6 January 2012, Plans for a retail park were approved Worcester City Council, which includes a scaled down football ground with a capacity of c.3,000, less than the capacity required for the football club to even play at the present level of football Although a Supporters group have launched their own plans costing £2million. The organisation want to build a community ground, which would have a capacity of 4,130, including a 500-seater stand, on land next to the leisure centre by the end of 2015. There would also be a 3G all-weather floodlit surface. It would provide Worcester City with a potential new home as the fans’ group don’t believe the proposal for a stadium at Nunnery Way, which has outline planning permission, will happen. The Blue Square Bet North club have a contract with developer St Modwen to build on the land next to the M5 in 2017. 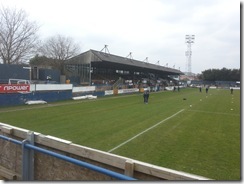 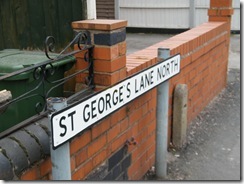 Walking through the turnstiles into the ground is like a throw back to the 1950/60’s the ground probably hasn’t changed much at all. Its a shame to see a ground with this much Character go but I suppose its well overdue I just hope the new stadium is built sooner rather than later as the longer they stay at Kidderminster the more harm it will do the club. 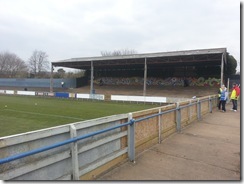 Worcester City consigned three unwanted records to history in style at St George’s Lane Mike Symons, Kieron Morris and Shabir Khan were all on target in a thrilling contest which handed City their first home win of 2013. More importantly, however, victory brought an end to nine successive defeats in Blue Square Bet North and seven games without a goal. 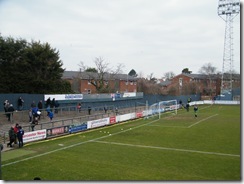 More than 10 hours without a goal was finally ended after just four minutes of a feisty encounter. The ball was nodded into the path of Symons and he made no mistake in slamming home his 13th goal of the season. The relief was there for all to see with the players mobbing each other and manager Carl Heeley performing a somersault down the touchline in celebration. but Darren Pond drew the sides level with a deflected effort after 29 minutes. However, Morris restored the advantage nine minutes before the break and Shabir extended it in the 64th minute with a bullet header. Substitute Nick Stanley’s goal 12 minutes from time made it a nervy finish but City held on, helped by a fine save from Matt Sargeant to deny Jamie Cook. 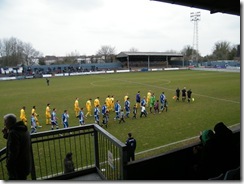 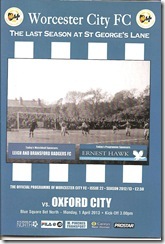 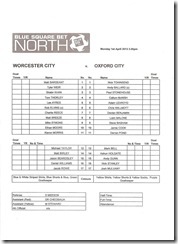