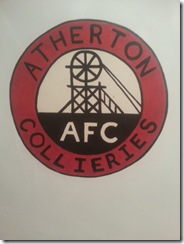 Atherton Collieries A.F.C. is an English football club based in Atherton in Greater Manchester. The club currently plays in the North West Counties League First Division, the tenth tier of English football, and is a full member of the Lancashire County Football Association. Between 1919 and 1965 Atherton Collieries were winners of the Bolton Combination ten times. By 1964–65 they had won the Lancashire FA Amateur Shield six times, a record which is still unsurpassed. They are nicknamed the Welfare, the Miners or Sootyand their home ground is Alder Street. Atherton Collieries' ground, Alder Street, is as old as the club. It has seen a number of changes over the years. One stand, behind the dugouts, was described in the book Dugoutsas "leaning forward as if in prayer for its continued survival".It was demolished in 2007. The stand opposite the clubhouse is made from railway sleepers, and the stand in front of the car park had basic bench seating, but this was replaced with modern tip-up seats in 2009. Floodlights were installed in 1994 and the changing rooms were renovated in 2008. 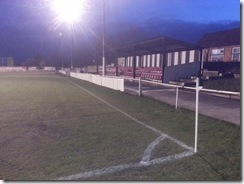 Making my way to Alder Street I parked my van up in the Car park in the Adjacent Atherton Town Hall before entering the ground. I managed to catch up with GroundhopUK Chris and the rest of the NCEL weekend groundhop un-fortunately their original game at AFC Emley was called off. The game itself was a dull 0-0 draw with both side having chances but I am not sure any of the chances were on target the decision to go to Atherton was a last minute thing and did not take my note pad to make any notes but there wasn’t much to note down to be fair. The ground itself is a small one with a club house and changing rooms, As well as a small seated stand with much of the ground open. Again it was a last minute decision so I didn’t have my camera so have had to make do with photos from my mobile. 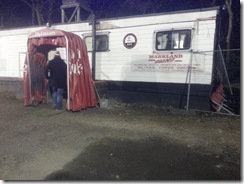 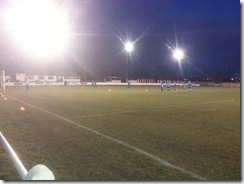 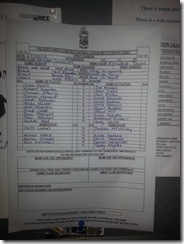 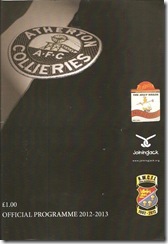