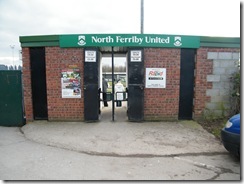 North Ferriby is situated on the north bank of the Humber Estuary, approximately 8 miles (13 km) to the west of Hull city centre. The village is served by Ferriby railway station which is on the Hull to York and Hull to Sheffield railway lines.North Ferriby United Association Football Club is an English football club based in North Ferriby, near Kingston upon Hull, in the East Riding of Yorkshire. They reached the Northern Premier League Premier Division for the first time in 2005 after winning the Northern Premier League Division One.North Ferriby United was formed in 1934 as a result of a village meeting during which it was decided that it would be a good idea to form a local football team. The Ground in a small one and holds around 2500 with around 250 seats and is now called The Rapid Solicitors Stadium. The main stand has the changing rooms and a clubhouse with a burger hut on it. Both ends behind the goal are open the far side has a few seats in it and is parallel with the rail line which is the main line between Hull and Sheffield. 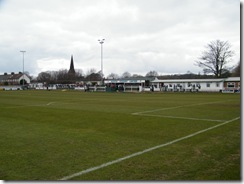 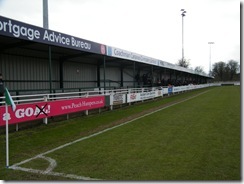 We had stayed over in Doncaster at a Metro Hotel by the A1 we made our way up the M18 then headed towards Scunthorpe. I had decided to go Via Scunthorpe so I could grab some photos from Scunthorpe’s ground (despite my 2 visits I have no photos) and also to pick up a programme from the Carlisle game the Previous week. I was Allowed in whilst they were taking the covers off the pitch so i could take a few photos, Link (They were at home to Hartlepool that day) I then made my way through Scunthorpe and up towards the Humber bridge through South Ferriby on the opposite side of the Humber. It cost £1.50 to travel over the Humber and the Views are Brilliant on a good day 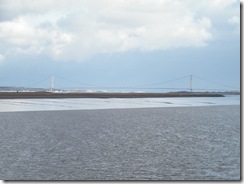 We made our way to the Duke of Cumberland Pub in North Ferriby its self for lunch being from Cumberland itself this was a welcome sight. We then made our way down to the ground. There is no parking at the ground for fans only a small car park for the staff and players, even opposing team coaches have to park up elsewhere. I parked up on a street near the towns post office opposite the church and its small graveyard. Making our way to the clubhouse to meet up with another seasoned ground hopper Darren Norton. I watched the game from the far side the side which runs along side the Railway line. The game itself wasn’t much to write about but in the 2nd half James Dean came off the bench to head home the only goal of the game and claim a vital three points for AFC Fylde. Michael Barnes crossed for Dean to head unopposed past the outstretched keeper  with 11 minutes to go. Flyde held on to claim the 3 points. During the half time break we bumped into another Seasoned ground hopper Lee West and spent the 2nd half behind the east end of the ground talking between the 3 of us about our visits. 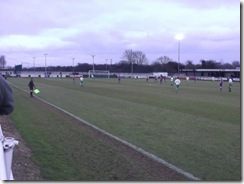 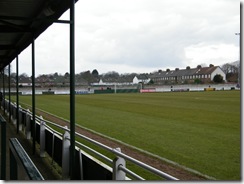 After the game Me and my Partner had to make our way towards Hull to board the Pride of Rotterdam so we could set sail for Rotterdam on a mini cruise. We had intended to take in Feyenoord V PSV but were unlucky not to be able to get tickets. 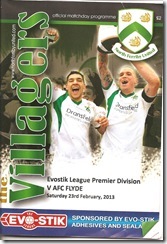 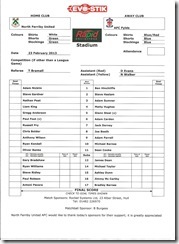