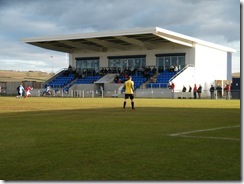 Bishop Auckland Football Club are an English football team based in Bishop Auckland, County Durham. They are one of the most successful amateur sides, having won the old FA Amateur Cup on 10 occasions (3 in succession in 1955–56–57), and losing finalists on a further 8. They currently play in the Northern League Division One. Their nickname is 'The Bishops' or 'The Two Blues'

Between the years of 1886 and 2001 Bishop Auckland played their home matches at one of the United Kingdom's oldest football grounds, Kingsway, Bishop Auckland. Kingsway was unusual because it was shared with the town's cricket club, one of the four sides was a cricket pitch. The club moved out of Kingsway with plans to move into a purpose-built stadium at Tindale Crescent near Bishop Auckland. The current plans were submitted to Wear Valley District Council in early September 2008, planning permission was granted in mid-November 2008 and the club moved into the 1,994 capacity ground in October 2010.

The club now occupy Heritage Park, based to the immediate south-west of the town. The opening ceremony took place on October 24, 2010, in which local entrepreneur Sir John Hall performed the opening ceremony along with the club's affiliated youth team in front of an invitation-only audience. 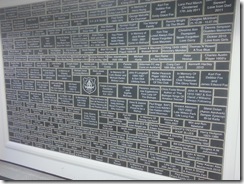 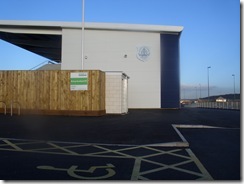 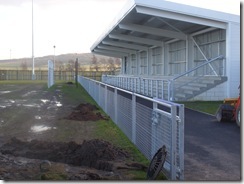 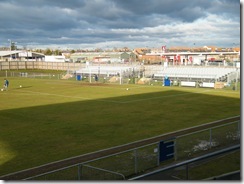 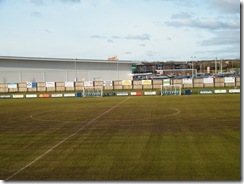 As with the last time I watched Penrith away there was a goal in the first minute it wasn’t Penrith who scored this time but Bishop Auckland one of the club’s fastest ever goals after just 18 seconds, when Dale Jardine headed in a cross from Arran Wearmouth. Jardine had a hand in the second, when he charged down a clearance by the Penrith keeper, and Johnson lobbed the ball into the unguarded net. (2-0)

Penrith pulled a goal back through Matthew Read, but then they had Martyn Coleman dismissed for a foul on Chris Lawson I missed the challenge so can’t comment.

In the Second half I watched the game from the warm comfort of the bar but was able to keep an eye on the TV where my CUFC were winning away at top of the League Tranmere 1-0. The loudest roar of the game came when Newcastle scored a last minute Winner against Chelsea

Bishops went 3-1 up on the hour when Johnson fired home, then he curled home the fourth from the edge of the box. He then scored his third inside ten minutes and his fourth of the game. Richard Faustino pulled a goal back for Penrith, and in the last minute, Chris Bell grabbed the sixth 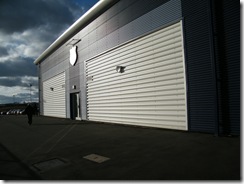