Sutton Coldfield is a town within the city of Birmingham, in the West Midlands of England. It lies about 8 miles (13 km) northeast of Birmingham City Centre and borders North Warwickshire, Lichfield, Erdington, Streetly,Kingstanding and Castle Vale. In 2001, it had a population of 105,000. Historically in Warwickshire, it became part of Birmingham and the West Midlands in 1974. Sutton Coldfield Town F.C. are a football club based in Sutton Coldfield, England. They were formed in 1879 (some sources state 1876) and currently play in the Northern Premier League First Division South .Despite being the largest team in a town with a population of over 105,000 people (more than that of the home towns of many full-time professional teams) their profile suffers due to their geographical proximity to Aston Villa, who draw considerable support from the town.
Walsall Wood F.C. are a football club based in Walsall Wood, near Aldridge in the West Midlands, England. For the 2012-13 season, they are members of the Midland Combination Premier Division, which sits at level 10 of the English football league system. The team normally play their home games at the Oak Park ground and are nicknamed "The Wood"but for this game it would be played at Sutton Coldfield FC’s 3G pitch which was installed in 2011 at Coles Lane, Sutton Coldfield also share with Romulus FC Home side
Walsall Wood play in the Athium Midland Combination Premier Division (step 6) 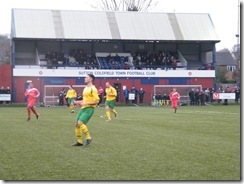 We were making out way back to Cumbria from Basingstoke and we noticed by chance that Walsall wood were playing at Sutton Coldfield so we decided to tick off that ground on our way back. Arriving at the ground around 3pm kick off time we decided to watch the game from the main stand. Originally scheduled for Saturday 10th December the much postponed FA Vase tie was switched to the 3G pitch at Coles Lane home of Sutton Coldfield and Romulus of the Evo-stik northern 1st Division South. 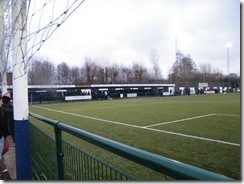 The first goal of the day came when Lewis Taylor-Boyce gave Walsall a 38th minute lead. Tom Evans got down the right and crossed low into the area where Taylor-Boyce turned a defender and thumped a close-range shot past Foulds.Walsall Wood doubled their lead in the 59th Minute when Ian Rowlands chopped down Taylor-Boyce inside the area and Jamie Hawkins Scored the resulting penalty. Shortly after the goal the Ref had to come off injured after a 15 Min delay the game restarted after a replacement ref was found. In the 63rd Minute Walsall Wood went 3-0 up A short back pass was intercepted by Evans who smashed the ball in the net. Wigan Robin Park quickly pulled a goal back. Ryan Small crossed from the left to Joseph Hull who had escaped his marker who then tapped the ball into the right corner of the net. Wigan RP showed no signs of a come back though and the game was wrapped up in the 81st Minute when Bilgimer beat the keeper to the ball after a ball down the left hand side. The attacker ran towards goal before tapping the ball into the empty net. 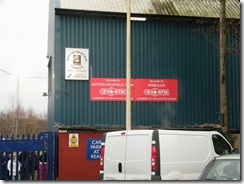 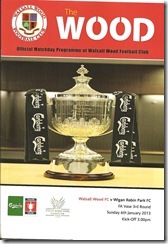