Stranraer Football Club is a Scottish semi-professional football club based in the town of Stranraer in Dumfries and Galloway. The club was founded in 1870, making it the third oldest football club in Scotland behind Queen's Park and Kilmarnock. The club currently competes in the Scottish Second Division as a member of the Scottish Football League. Stair Park is a public park and football stadium in the town of Stranraer, Scotland. It is owned by Dumfries & Galloway Counciland is situated next to the London Road and the railway line in the town.It is home to Stranraer, Wigtownshire RFC and Stranraer and Rhins Agricultural Show. The park features a bandstand, all weather tennis & netball courts, skatepark, football pitch and a football stadium. The park and stadium were named after the Earl of Stair, who bequeathed the land to the local authorities. There isn't normally segregation at Stranraer matches, but there are 2,000 places for away fans. When there is no segregation away fans normally settle down in the Coo Shed.

We left Carlisle Just after 1030 and set off along the A75 towards the South west of Scotland. We decided to stop off at Castle Douglas for some dinner at the The Scottish Pantry I had the Cumberland Sausage and Banoffee pie Which were Lush if anyone has the Opportunity to stop in Castle Douglas I would recommend the Scottish Pantry. 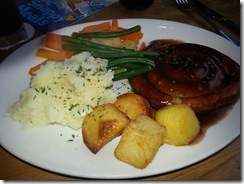 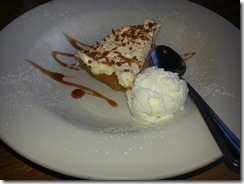 After that we Headed on further along the A75 towards Stranraer, passing the ground on the left as you enter into Stranraer. We went to the Ryan Centre so the kids could play in the Soft Play £1.50 for an Hour we left there at 1420 and headed up to the ground. We were able to park in the club car park we entered the ground via the Main stand. A quick look in the Club shop and I bought a Stranraer Fleece which was reduced to £8 (It will be under my Christmas Tree) 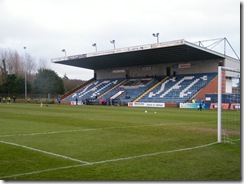 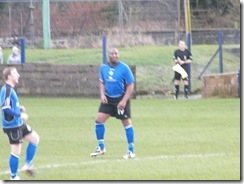 As the teams came out one man Stood out Armand_One at 6ft 4 you to look at him you wouldn’t think he was a footballer but you could see his size was a problem for the Alloa defence. Stranraer moved off the bottom of the table after a 3-2 victory over second-placed Alloa. The visitors were unbeaten in seven league games coming into the game but fell behind to Michael Dunlop's 44th-minute header from Christopher Aitken's corner. Craig Malcolm made it two with a low drive into the bottom corner 11 minutes into the second half. Alloa hit back just after the hour mark as Nicky Low's corner was header in by Graeme Holmes. But Stranraer restored their two-goal lead with 11 minutes left when Malcolm squared for Robert Love to turn in from close range. It took just two minutes for the visitors to pull one back as Robert Thomson hit a low drive into the bottom corner from the right side of the area. despite a late rally from Alloa Stranraer held on 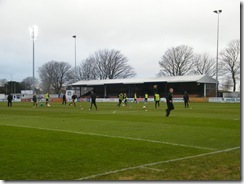 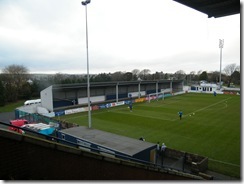 After the game it was 2 hours before we arrived back into Carlisle. A really entertaining game of football and would gladly visit Stranraer again if it wasn’t for the amount of time it took to get there and back and the state of the A75.