Kilmarnock V Queen of the South 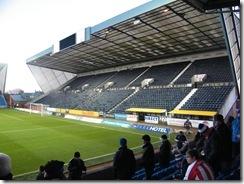 We set off from Carlisle at around 10 and made the 90 Mile trek up the A75 and A76 which took just under 2 hours you can do the Journey quicker by using the M74 and M77 but it’s 30 miles longer if you have the time then the A76 is a much Scenic route. Arriving in Kilmarnock just after 12 I took the Kids to the Jungle soft play centre for them to run around for a few hours. At about 2 we drove down to the ground parking up on a side street. 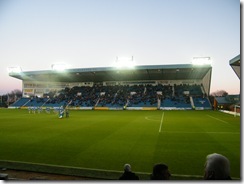 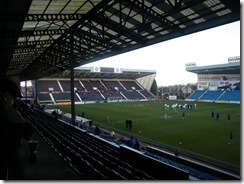 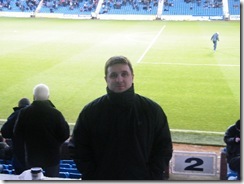