Altrincham Football Club is an English association football club from Altrincham, Greater Manchester. They currently play in the Blue Square Bet North, having been relegated from the Blue Square Bet Premier at the end of the 2010–11 season. Altrincham F.C.'s name was Broadheath F.C. from their foundation in 1891 until it was changed to the present name in 1903. They play there home games at Moss Lane. Moss Lane is a multi-purpose stadium in Altrincham, England.The stadium comprises two all-seater stands on one side with a combined capacity of 1323 spectators and terraces on the other three sides, giving a total capacity of 6,085. 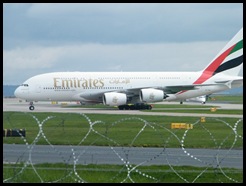 We stayed over in the Britannia Hotel near Manchester Airport after Stalybridge on Friday and Sat Morning was spent at the Manchester Airport Viewing Park where we were able to view the worlds largest aeroplane (The Airbus A380) arrive at 1225 (10 Late) from Dubai. after that we went into Altrincham itself for a bite to eat at the slug and lettuce. we drove up to the ground about 1420 and we able to park a street away for no charge. we went in through the turnstiles and was told that the programmes hadn’t arrived from printers so there was only team sheets. we took a few photos and sat down awaiting kick off. At about 1450 a noticed people running round with boxes so I was able to purchase one after all 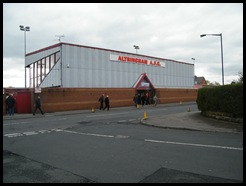 The game started with the home side on the attack and after 8 min's they were awarded a penalty when the Hyde Captain David Birch brought down Altrincham’s Shaun Densmore and from the resulting spot kick Altrincham's top scorer Damian Reeves smashed home sending the keeper the wrong way. Moments later a good cross from Hyde’s Shaun Densmore found Hyde’s Scott Spencer who headed wide. Altrincham then got a corner and from that corner Matt Flynn’s header was flicked on by Reeves and brought out an Excellent save from the Hyde Keeper Carnell. On 33 min’s a quick break from Hyde found Fleetwood Loanee Ryan Crother on the left and he passed the ball into the feet of Danny Broadbent in the box and just as he was about to pull the trigger Altrincham’s Densmore took him out, from the resulting kick Hyde’s top scorer Spencer smashed the ball home. 5 min’s later another quick break found Spencer on the left him cut the ball back to Rochdale loanee Reece Gray who’s clever flick past Walmsley and then the pull back found Broadbent who made no mistake to fire home to put the Visitors 2-1 up at half time. 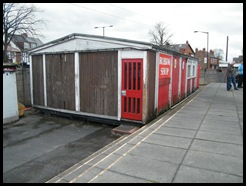 After the break the home side went on the push for an equaliser but we once again caught on the break and after Spencer found himself free on the right hand side of the box Flynn’s clumsy challenge brought him down and once again from the resulting kick Spencer smashed home his 29th goal of the season. Altrincham were failing to break down a well organised Hyde defence, Notably Nicky clee had a run down the left but his shot was well wide, Broadbent then nearly made it 4 but his shot was parried and kicked away before Spencer could tap home. Carnell made another key save Acrobatically tipping Reeves’s header away after a good run down the left by the sub Watmore. Hyde sub David Poole then forced Coburn into save in injury time. At the final Whistle the Hyde fans were ecstatic a result that keeps them top and effectively ends Altrincham's play off push. Altrincham are now 8 points adrift of the play offs and Hyde are 2 points clear at the top with the in form Guiseley breathing down there necks with only 4 games left to play 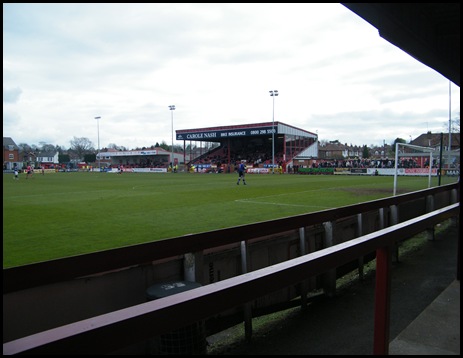 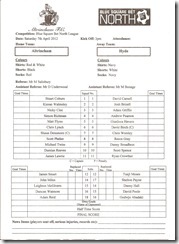 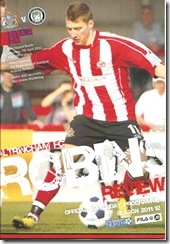 You can also view the video of the footage on you tube here http://www.youtube.com/watch?v=M0iNC21KCmQ